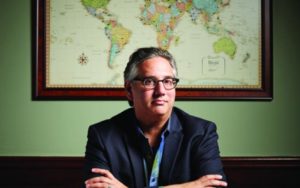 Dr. Stulberg earned his Ph.D. in Political Science from the University of California, Los Angeles (UCLA), as well as holds an M.A. in International Affairs from Columbia University, an M.A. in Political Science from UCLA, and a B.A. in History from the University of Michigan. He served as a Political Consultant at RAND from 1987-1997, and as a Senior Research Associate at the Center for Nonproliferation Studies (CNS), Middlebury Institute of International Studies at Monterey (1997-1998). He has worked closely with former Senator Sam Nunn drafting policy recommendations and background studies on future directions for the U.S. Cooperative Threat Reduction Program, building regional and energy security regimes in Central Asia and the South Caucasus, and engaging Russia’s regional power centers. Dr. Stulberg was a post-doctoral fellow at CNS; policy scholar at the EastWest Institute; and has been a consultant to the Carnegie Corporation of New York and the Office of Net Assessment, Office of the U.S. Secretary of Defense. Dr. Stulberg has authored and edited five books, and has published widely in leading academic and policy journals.  In addition, he served on the Executive Committee of the Nuclear Nonproliferation Technical Group, American Nuclear Society (2012-14).

Dr. Stulberg maintains a conspicuous presence both inside and outside of the classroom at Georgia Tech.  He is a two-time recipient of the INTA Graduate Student Association’s “Professor of the Year,” and has received the same honor from Sigma Iota Rho, the international affairs undergraduate honor society.  Dr. Stulberg was a CETL teaching fellow, and a Hesburgh Teaching Fellow.  He also was the recipient of the 2010 Ivan Allen Jr. Legacy Faculty Award in recognition for his scholarship, as well as a “demonstrated commitment to serving students at the College, the Institute, and in the Community.”  Dr. Stulberg has served on numerous school, college, and campus-wide committees, including as Chair of the Sam Nunn-Bank of America Policy Forum (2008, 2010, 2012, 2014, and 2016).  He was previously on the Faculty Advisory Board and is currently an Associate Director of the Strategic Energy Institute (a GT Institute-wide Center).